How it all started

One day last year, the awesome worship band leaders at my church LifePoint Brussels decided to schedule me for playing the bass in the worship band on a Sunday in two weeks time.

Uh-oh! The fact that I had never played bass before didn't seem to scare them off.

This is how my journey to the bass started. I had two weeks time to learn it in a decent enough way to play it on stage in a band.

What can I say, with some acoustic guitar knowledge and the help of God, it worked out. Yay!

I thought I could share my experience with all those of you who would want/need to do the same. That's how the idea behind this "emergency bass 101 for guitarists" came to life.

The first step is to get hold of an instrument to practice on.

Pesonally, I would recommend you to start on a good'ol 4-string bass.

Although opinions are divided on whether it is best to start on 4- or 5-string instruments, my reasons for 4-string are:

My advice is also to borrow a bass and an amp from someone. It could be a friend or a fellow musician from your band. Don't buy a bass and amp right away. It could very well be that you realise you don't like that instrument after all. So if you bought your own gear just to stash it all in a cellar after a week or two, it would be a real waste of money.

In my case, a friendly guitarist agreed to borrow me his bass gear for a while.

Regarding the amp: it's true that if you have a guitar amp at hand, you could also practice on that one. Now I don't really recommend it, at least not for long. Guitar amp speaker membranes are not built to sustain the deep frequencies that a bass produces. Your amp could survive your practice, but I wouldn't risk it. Of course if it is an old spare amp which is not used for anything, you might as well try it - and if it breaks, it breaks.

Step 2: note the differences towards a guitar

Get your instrument and hook it up to the amp. You'll notice that while the bass is overall similar to a guitar, some things are quite different:

In one of the many bass resources I've watched/read, somebody said:

"Playing bass is just as much about preventing sound as it is about producing sound."

I love that phrase! It hits the nail on the head. This is also what the last bullet point is about.

Step 3: watch some tutorials for the basics

After trying to pluck a couple of strings here and there, I strongly recommend watching a few video tutorials to get the basics right. Hooray for Youtube, where motivated people publish great learning resources that you can use for free!

Personally, I decided to go for the Studybass channel by Andrew Pouska. I really like Andrew's short and precise videos.

To have a good start on the bass, you should watch the following:

First things first: you really should use a padded strap (remember the weight of the thing, right?) and play your bass standing.

Your bass should also be at an angle. Don't have it hanging horizontally, as fretting in such a position would strain your wrist too much. 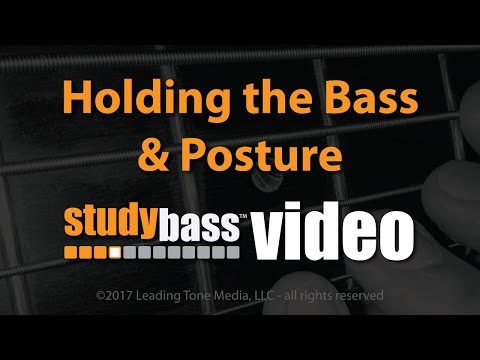 The big question is: fingers or plectrum?

Go for fingers! It's cooler and much more fun. Can you e.g. imagine Steve Harris using a pick? Plus, it's easier to mute the lower strings if you pluck. 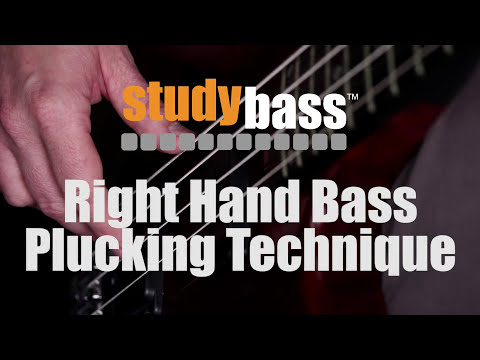 The video also explains two techniques for muting the A string when playing the G string:

While there is no hurt in learning about them, I would not invest into that right now at all. If you want to get started quickly, you should use your time and effort wisely.

That's why I recommend avoiding the G string altogether for the first weeks. You can do quite well without it for a while. Focus your efforts on the more basic things, instead.

Regarding fretting techniques, I decided to go for the one-finger-per-fret method. 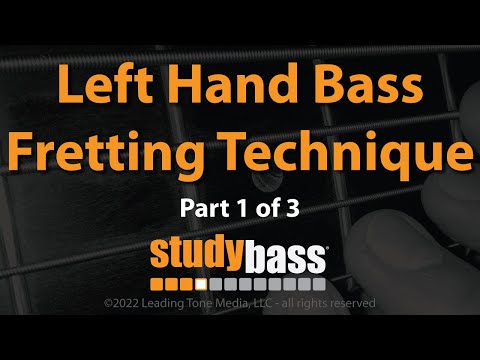 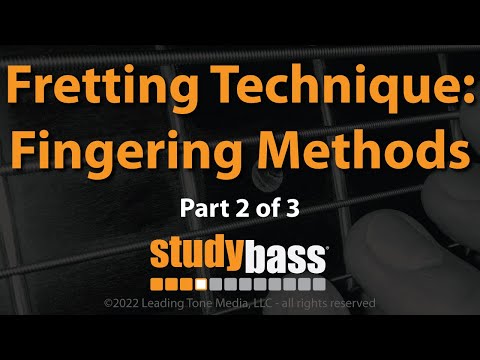 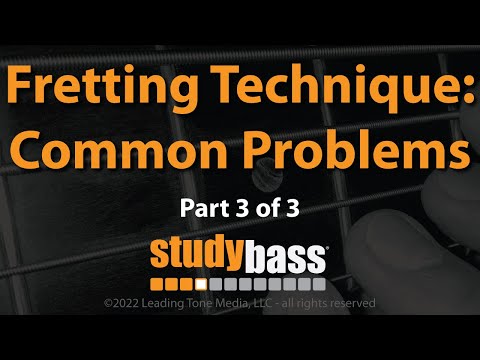 Now that you've got the basics, practice fretting here and there on different strings. Practice producing clean tones that don't buzz and where other strings don't ring.

That way, you will simultaneously:

Take a couple of days for practicing just that, without trying to play any patterns.

Start slowly! Once you are confident in producing clean tones, you can carefully increase complexity and speed as you get better.

Step 5: keep it simple and know your limits

True art is knowing when to stop. And don't push yourself too hard.

My experience during the first weeks taught me the following:

Step 6: play along with some songs

If you are like me, you will find playing to songs most motivating and rewarding. So just do that. I would also turn down the bass frequencies in the music you are listening to - that way, your bass won't "conflict" with the one in the recording.

And this is where you hopefully really start to enjoy things!

The bass is a really cool instrument, if you ask me. I won't ever regret going through my personal two-week boot camp to play it.

In a following article, I will write about more things that you can explore once you've gotten comfortable with the basics of the bass.